Australian Manufacturing Workers’ Union WA State Secretary Steve McCartney has called on the Federal and WA Liberal governments to completely rule out the use of overseas labour during construction and operation of the new $400 million lithium processing plant in Kwinana.

“While politicians have lined up to have their picture taken and talk about employment opportunities on this project, they’ve said nothing about what they’ll do to ensure local jobs aren’t lost under the new China Free Trade Agreement.” he said.

“Unemployment is skyrocketing. There is no question that all politicians should be making sure WA resources provide maximum benefit for the people who own them, the people of WA.”

Under the China Free Trade Agreement, which came into force on December 20 last year, Chinese companies may bring in their own workforces on projects worth more than $150million under an Investment Facilitation Agreement (IFA) with the Department of Immigration and Border Protection.

While the Liberal government was forced to introduce labour market testing into the IFA process, there is no transparency around the untested process and the government would have the final say.

“This is an unproven process and with the disgraceful track records of people like Premier Colin Barnett, Employment Minister Michaelia Cash and Immigration Minister Peter Dutton on supporting local jobs we don’t trust them to put the interests of Western Australia’s growing ranks of unemployed workers first,

“We’ve got thousands of skilled and experienced tradespeople out of work. We are not going to tolerate them having to sit by and watch while this project gets built. There is absolutely no reason we should be importing any labour at all for this project.”

Reduced reliance on temporary overseas labour, and increased levels of local content in resource industry construction, are key elements of the AMWU’s Plan For WA Jobs

UPDATE: We have secured this commitment from the project proponents, but we will continue to watch the situation closely to ensure locals are put first on this project. 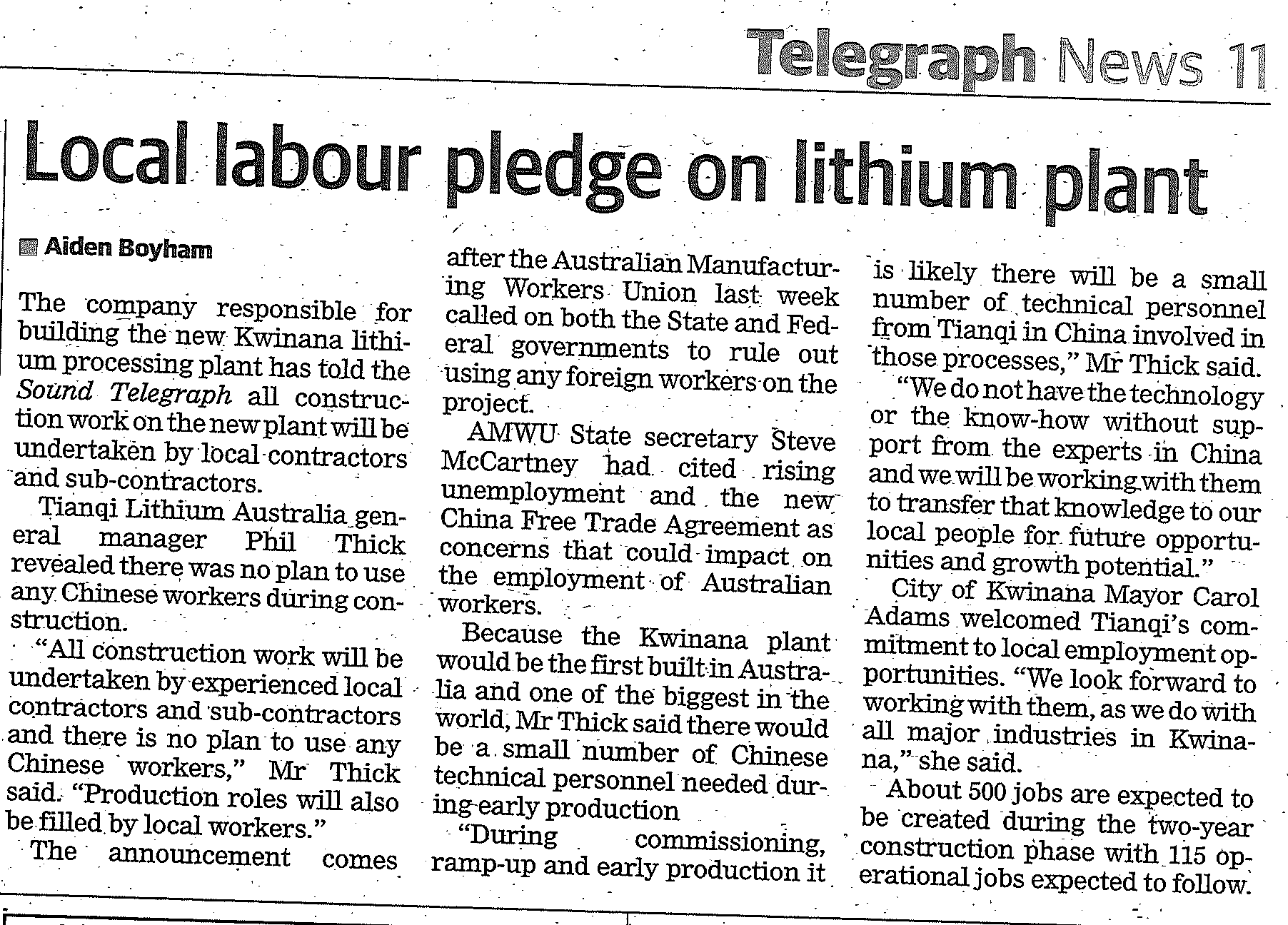