Someone give David Johnston a paddle

Liberal Senator for WA David Johnston has shown himself to be unfit to continue in his role as Defence Minister by undermining the capabilities of government-owned naval shipbuilder Australian Submarine Corporation (ASC).

From the relative safety of Parliament yesterday, Senator Johnston said he wouldn’t trust ASC to build a canoe. This is the clearest sign yet that the Minister is preparing to award contracts for new naval submarines to overseas shipbuilders.

It follows on the heels of Japanese shipbuilders visiting ASC facilities and flies in the face of promises made by the Liberals before the last Federal election to build the submarines in Australia.

First and foremost, a Defence Minister has to back his or her troops.  And this includes the hard-working men and women who build vessels and vehicles for Australia’s armed forces.

Senator Johnston must be the first Defence Minister in Australia’s history to have an agenda that includes diminishing the capacity of Australian industry to service its armed forces.

Liberal colleague and WA Premier Colin Barnett also needs to take some of the blame. While he is happy to bash Canberra about the GST any chance he gets, he has remained silent over naval shipbuilding jobs.  This, despite the fact that there are more than 100 ASC employees on the Kwinana strip who will lose their jobs if the submarine build goes offshore.

Western Australia’s resources boom is winding down and we need a plan for jobs in WA that includes maintaining and developing our shipbuilding industry.

With his comments, Senator Johnston has revealed the inner thinking of the Abbott Government. If Colin Barnett really wants to stand up for WA, he should demand that Senator Johnston be given a paddle, so that he canoe himself into retirement. 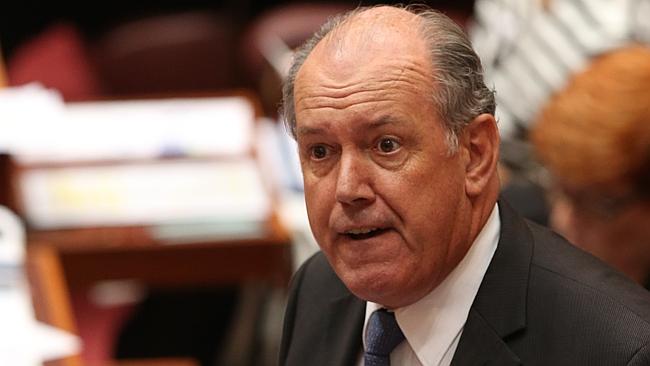