Let's hope Colin didn't sell us out while in India

While we welcome the news that our Premier was in India promoting trade, we hope he didn’t sell out Western Australians, as he has in previous negotiations.

We remember with dismay the deal Colin struck with the proponents for the Oakajee Port and Rail project, during his first term.  Here, Colin negotiated so hard for us that he ended up with a state development agreement that saw the Chinese secure the right to supply all the plant and equipment, and even the rail cars. 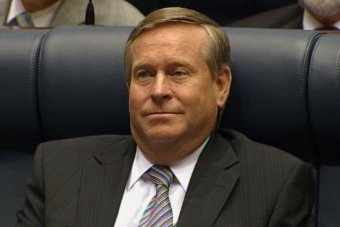 The same has been true for Chevron’s massive LNG projects, Gorgon and Wheatstone.  Together, they have required more than 550,000 tonnes of fabricated steel during construction.  However, only 24,000 tonnes have been sourced locally, and many local fabricators have now closed their doors.

And, after beating his chest about wanting to ensure future LNG projects were built onshore – to maximise local benefits – Mr Barnett has now caved in to big oil and gas, saying he will allow floating LNG technology to be used on future developments.

Mr Barnett has failed to explain how Western Australians are supposed to benefit from projects, whose infrastructure is designed and built overseas, before being floated down to operate hundreds of kilometres off our coast.  We all know the boom of the last decade has been driven by construction in our resources industry.  It is pretty hard to have a resources construction boom without the construction.

So, while it has been refreshing to see the Premier roll up his sleeves and dust off the cobwebs on his trade portfolio over the last week, we are looking forward to hearing about the deals he has struck and how they will create jobs in Western Australia.  We desperately need a plan for WA jobs, and Mr Barnett has given us nothing so far.