The latest job figures from the Australian Bureau of Statistics are out and it’s not looking good for WA.

State unemployment rose to 6.7 per cent on a trend basis. Full time jobs continue to be lost from our economy and the participation rate has also fallen as people stop looking for work. In total, there are still 94,900 unemployed people in WA.

Young people are clearly feeling for the brunt of the Barnett Government’s increasing TAFE fees by up to 600 per cent while apprenticeship numbers plummet. Youth unemployment jumped from 12.1 per cent in November to 14.6 per cent in December – that’s the highest it’s been since Feb 2014 and well above the national average. There’s now 35,000 young people unable to find jobs in WA.

It’s obvious that our message about the need for action on jobs is getting through to the politicians. We’re seeing announcements from both sides spruiking projected job creation numbers and economic development figures for areas all over the metropolitan area. But when you look at the Government’s track record on WA jobs over the last eight years, it should give even the biggest fan of Colin Barnett serious pause for thought.

When Colin Barnett and the Liberals formed government in September 2008, unemployment in Western Australia was 2.9 per cent with 28,700 unemployed people in the state. Today the unemployment rate has more than doubled and the number of unemployed has more than tripled with 66,200 more people unable to find a job.

Mr Barnett likes to talk up his economic management credentials. But a closer look at the government’s track record on delivering new projects and securing jobs for locals reveals cause for concern.

We’ve seen promises of new infrastructure projects like the Ellenbrook rail line and Max Light Rail broken and fall by the wayside. We’ve seen our shipbuilding workshops go quiet as the state lost out on securing valuable defence contracts to other states. We’ve seen hundreds of jobs from government contracts to build infrastructure such as the bridge to Perth Stadium go overseas. As a sign of things to come, we’ve seen hundreds of jobs and apprenticeships slashed at Western Power as the Barnett government prepares it for privatisation should they be re-elected

With all this and more in the rear-view mirror, it’s hard to have faith in where Mr Barnett is steering the economy next.

What we need is a government that actively works to ensure that government projects deliver the best possible outcomes for our economy. That’s why we’re encouraged to see the opposition put forward a policy to ensure that money spent by the WA Government wherever possible is used to support local businesses and create new jobs for Western Australians. Reducing the number of temporary overseas workers and making companies identify the number of local jobs generated when bidding for government work are obvious steps towards turning the unemployment situation around.

By increasing the amount of local content and local jobs delivered as a result of the billions in government contracts spent every year, the government can support the growth of local industries like manufacturing, construction, and new technologies, helping to diversity our economy and create local jobs and apprenticeships.

We want to see a similar commitment to local jobs from the Barnett Government, instead of the slick advertising campaign they’ve decided to roll out in place of real action. Although with this government’s track record breaking promises, maybe we should take any of their election promises with a pinch of salt. 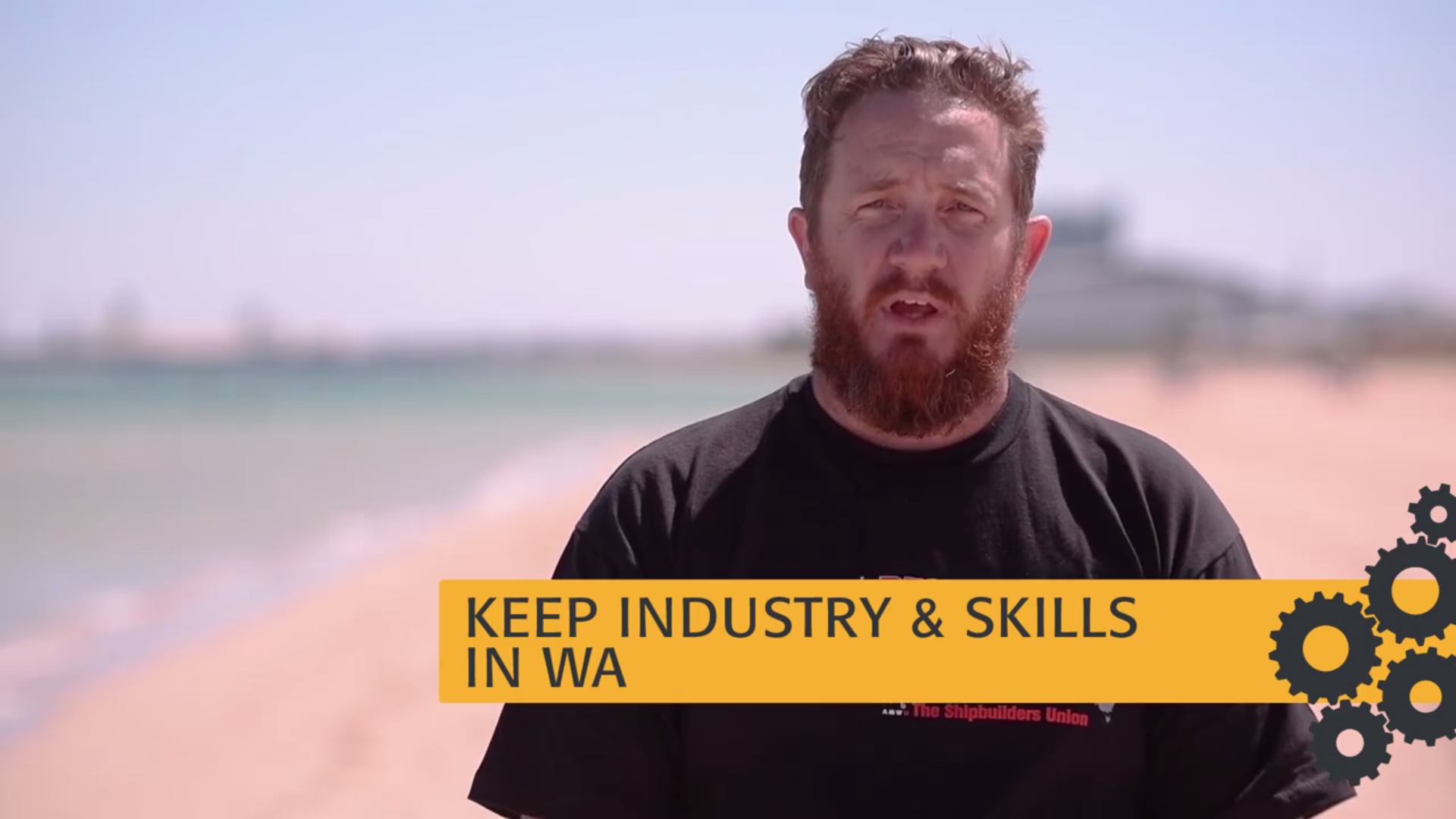