The plan outlines five key initiatives to get Western Australia’s trades workforce working now and grow WA’s manufacturing industry for the long-term benefit of the state. 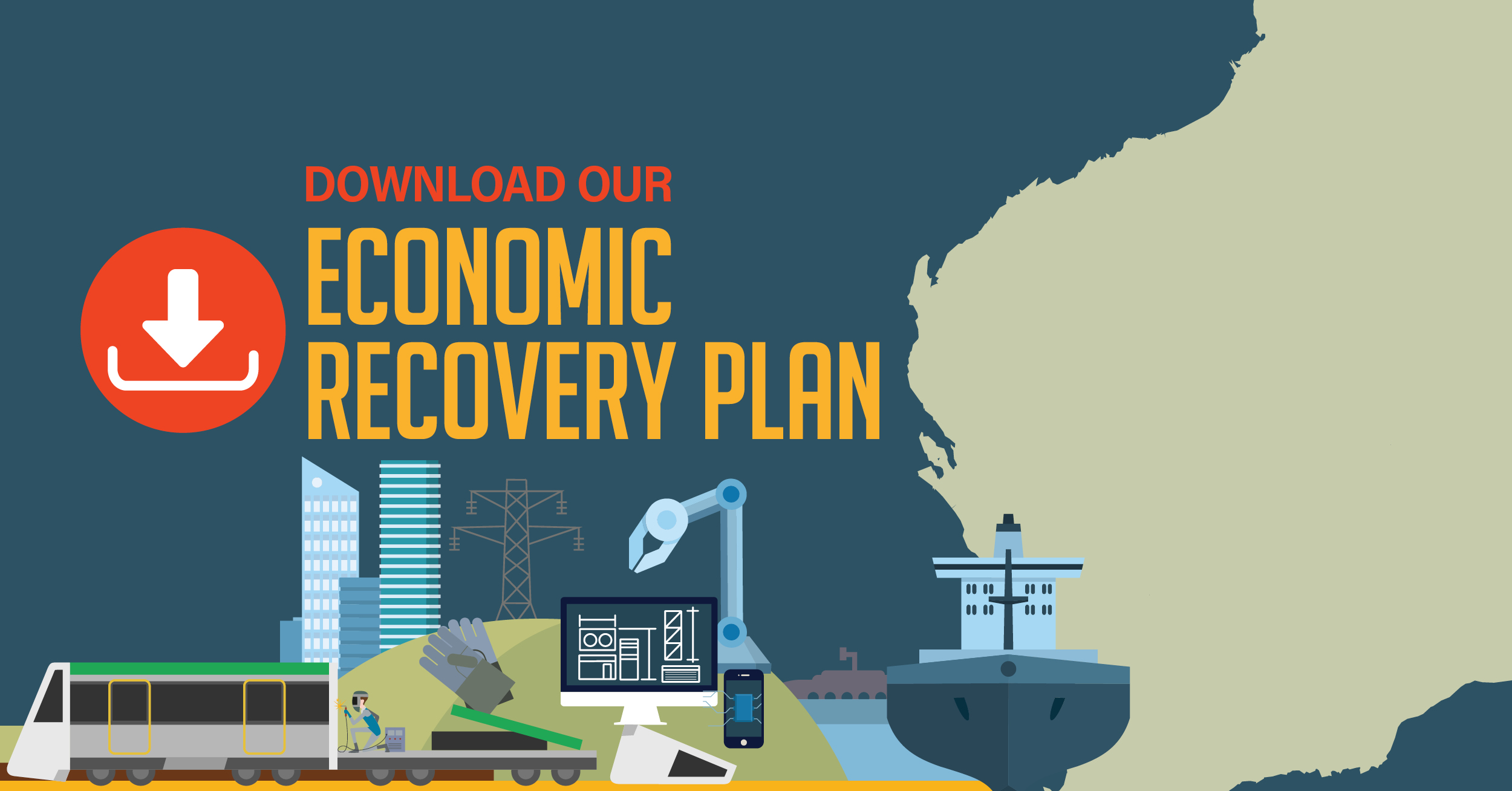 Plan for WA Jobs spokesman, AMWU Secretary Steve McCartney, said as WA headed towards a recession, there had never been a more important time to have a plan for jobs in WA.

“Our research shows that tradies have been hit the hardest during the current crisis, with more than half either losing their job, been stood down or had their hours cut,” he said.

The survey of more than 600 Western Australians also found 90 per cent believed WA would be better prepared for future crises if we manufactured more locally.

“Everybody is saying we need to do more manufacturing in Western Australia, but we need government leadership to make it happen and secure the jobs and opportunities on offer.

“To get WA’s manufacturing industry going, we need more than just words.  That’s why we’re proposing a new Manufacturing Jobs & Training Credit (MJTC) as an incentive for industry to create local employment and training opportunities in manufacturing,” Mr McCartney said.

The MJTC would see manufacturing businesses, located in any of the state government run strategic, general or light industrial areas, provided with a credit each year equal to the payroll tax paid on the salaries of local workers and trainees.

“Local content requirements in strategic projects are now a recognised way to create jobs and training opportunities in WA.  But to make sure that this delivers the outcomes Western Australians need, we are calling on the state government to look much more closely at the number of jobs created in assessment of local content, rather than dollar spent.

“We also need to ensure our local workforce has the skills these businesses need, that is why we are asking the state government to make TAFE free up to Certificate IV for courses in which there are skills shortages.  When businesses employ locals, their wages stay in Western Australia and get spent with other local businesses,” said Steve McCartney.

The research also shows that regional workers have been hit hard by the current economic crisis.  For workers and their families in the South West, this is part of double whammy, which includes the job losses already experienced, as coal mining and coal-fired power generation slows down.

This is why we need to establish an advanced manufacturing hub for the South West in Picton, just outside of Bunbury.

“This region already has road, rail and port access.  It would be an ideal location to establish a facility complementary to the Australian Marine Complex in Henderson, providing advanced manufacturing capabilities to support our mining, energy and transport industries over the next 100 years.

“We’re proud to again be leading in this discussion about economic recovery and growing our manufacturing industry.  One thing is for sure, not a single manufacturing job will be created by all of us standing around and nodding furiously whenever someone says there needs to be more manufacturing in WA. We need to do things differently,” Mr McCartney said.

Plan for WA Jobs is calling on the state government to consider the plan, implement its recommendations, and provide hope and opportunity for working families in WA.