The need for a plan for WA jobs was again highlighted this week, with the release of CommSec’s October 2015 quarterly State of the States economic report.

The report shows that WA’s economy is following a downward trajectory and is now only the third strongest in the country after consistently topping the chart for the best part of a decade.

Where once WA led the rest of the nation’s States and Territories on most indicators, we now cannot lay claim to number one in any.

The level of unemployment is also on the rise.  With the WA economy having clearly lost momentum as a result of the collapse in resources investment, we’re still left waiting for Mr. Barnett’s plan.

A recent BIS Shrapnel report revealed that we have just started a steep, four-year decline in privately funded civil construction activity. With the same report predicting activity will decline by more than 60 per cent (or nearly $12 billion) by 2017/18, surely its about time the State Government prioritised the creation of WA jobs.

We’ve seen the downturn already have an impact upon the many contractors and suppliers to the construction industry, along with the accompanying loss of ‘multiplier’ or flow on benefits from construction spending.

Publicly funded projects like the $1.2 billion Perth Stadium and the $54 million stadium footbridge should be a real shot in the arm for the local construction and fabrication industries, with the potential to create thousands of local jobs.

Instead the State Government has yet again sold out the WA economy, and walked away from any real commitment to ensure local jobs and local industry participation in the project.

Surely with private investment in infrastructure projects drying up fast, we should be seeing public spending that creates WA jobs and supports local industry, not publicly funded projects that create jobs overseas.

How many poor economic report cards do we need to see before the Barnett State Government stands up for the WA economy?

In these challenging economic times, we need a real plan to ensure we are getting the best ‘economic bang’ for our public dollar, and that local businesses and workers benefit from these taxpayer funded developments.

Colin Barnett is currently missing in action.  For the sake of all Western Australian workers, we hope he shows up soon. 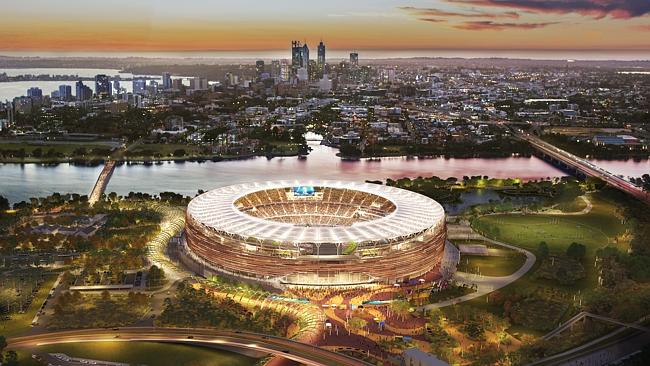